With no one to meet and zero plans, and still kind of jet lagged, I decided to get my bearings in Osaka and see how things played out. So I bought myself a day pass for the train and headed into the city, specifically Umeda and Osaka proper. Leaving the station, I walked into a massive underground shopping complex which seemed to go on forever. I got lost in that place several times. It just seems to go on for miles and miles and miles. And it’s four levels and consumes about 5 or six city blocks.

Then I went above ground and got lost in another series of shopping malls, most of which consisted skills tester arcades and pachinko halls, each droning on and on. I originally wore a leather jacket around, but underground it was too hot to wear.

The whole time I was looking for a store that sold figures and comics and the such. Eventually I cam across a Mandarake shop. Mandarake is a shop that pretty much will have anything you are looking for, provided that someone didn’t want it. A big thing is that many people will trade in their previous figures, comics and other items, crediting it towards new things. There’s also a wide range of slightly damaged items and end-of-line figures and toys that are practically rock-bottom for the price that is paid outside of Japan. For a little more than eight filthy Antipodean lucre, I paid for a figure that would have cost me more than forty.

Ultimately I was hunting for gift ideas, but was coming up naught for anyone but myself, unable to find things that screams the names of my friends and family.

I was fairly tired from all of the walking, but didn’t think how bad it was until I made it to the hotel room. I had eaten once throughout the day but really wasn’t hungry. My throat was killing me and I thought I was dehydrated. I drank half a litre of beer that came from a vendy and after talking to some of my family back home, I passed out on the bed.

Despite being sick, Osaka is a pretty cool place. It’s a real feast for the eyes. It’s a weird balance of the new and the old. You’ll see street-fashionistas walking along side those in traditional dress wanting to hit a festival. You’ll find that the food you knew (as someone from the west) like sandwiches and pasta is really expensive and the food you actually want to try is cheap or in the very least you get what you pay for. And at some point in the day, you will stop, turn your head and find out that your neck-deep in hentai. 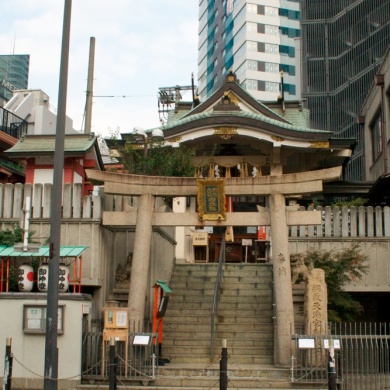 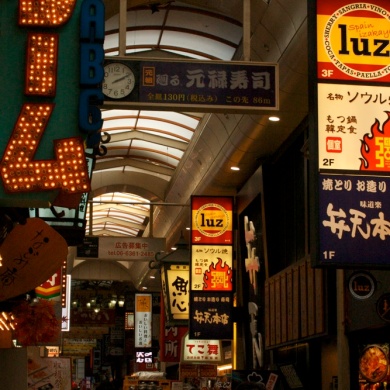 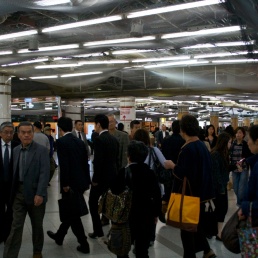 One thought on “Osaka Day One”