So once again, it’s that time to do another zine round-up over my purchases from the Other World Zine Fair and the MCA Zine Fair from the other week. 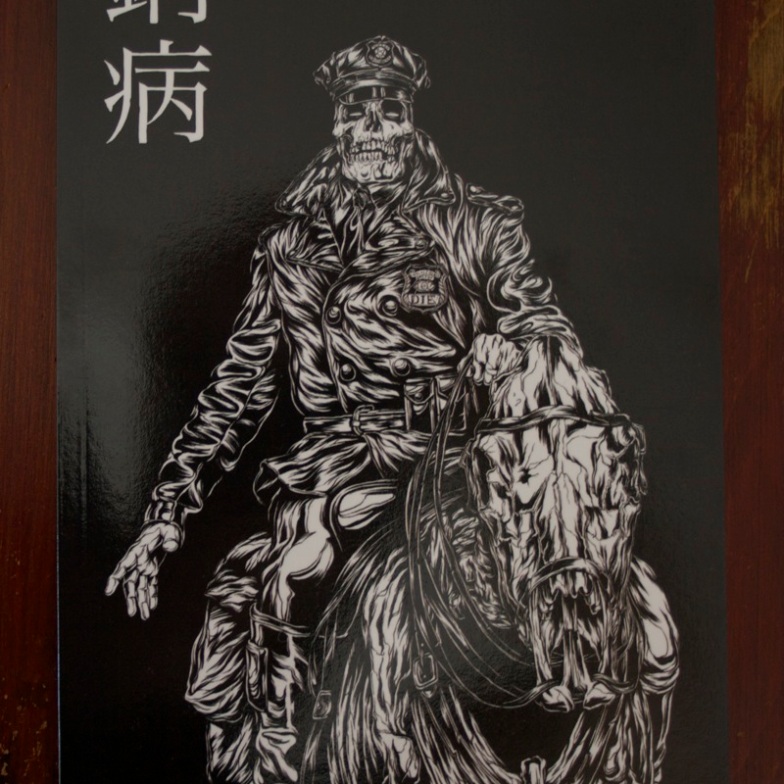 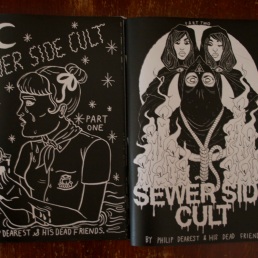 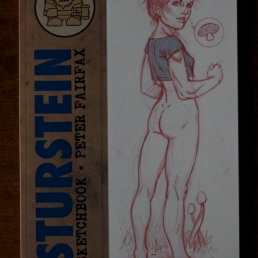 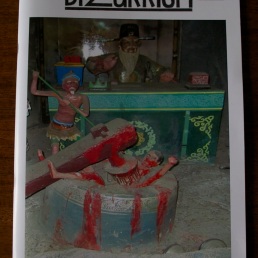 James Jirat Patradoon Art Book
Last year, I got some stickers by James, when I bought Oishi The Tastiest Man Alive. The book is cover to cover, illustrations and designs that can be sourced from black leather rock, horror, sci-fi or all three. It’s black and white, recalling the old-school masters of horror manga, like Junji Ito

Decapitation
I was too late for Gerald Leung‘s new book, it sold out. So I picked this one up instead. Decapitation, as you might imagine, is a collection of headshots, little quick scribbles of whatever came to mind sandwiched between two heavy covers.

Refugee Sketch Book
Safdar Nama is one of the people who run the Refugee Art Project, which I briefly covered in a previous zine review. It’s full of random thoughts.

Bizarrism #13
A new issue of Bizarrism, now with a colour cover, and featuring the Tiger Balm Gardens its history and its depiction of the Ten Hells and all its gory, slick red paint glory. Also has words about the Somerton Man, Gaddafi and the Venice Biennale and more.

Sewer Side Cult #1 & #2
I saw Philip Dearest for the first time in years at the MCA Zine Fair, and it’s nice to see that he’s still rolling with his art, even if I can’t present any of it on the internet. Sewer Side Cult is art by Philip and his friends.

Blue
This comic is about finding new shores and places to call home. Pat Grant has a very clean style with strange characters and details that reminds me of Jim Woodring.

Extra Mild Comix
David Puckeridge put together mini-comic zine together. Though I forget how I got this…

Nowhere Man!
An illustration zine by Chris Yee, seems to be a collection of gig posters, sketches from movies and other bits.