It’s been a long flight. My trip ended a couple of days ago. We had returned the car, and the energy that carried along the coast of this country had eventually left us. We had three days left in Reykjavik, but Josh and I were just spending our time counting them out. I spent the time to take photos of the street art I had missed throughout my first tour of this city and pick up some souvenirs for the long ride home.

Before returning the car we had made an early effort to see Þingvellir. Thingvellir (photos of which you can see in this post) is the site of Iceland’s parliament formed back in the 10th Century for the annual discussion between the settlements that formed on the island. It was also the site to solidify their independence in 1944 from Denmark shortly after World War 2. Making it early was important for one reason: there was barely anyone there. After Josh and I left, there were convoys of buses, SUVs and things we dubbed as “Apocalypse Trucks”, just from their sheer size and raw power. They were rugged, thick-wheeled outdoor vehicles that looked like they were made in a Post-Crash world.

We returned the car and headed to our hostel. I spent the remaining days taking photos, recounting the experience with others and get the last bits and pieces of Reykjavík before leaving the country. I returned to the Harfnahús to see what had changed there and looked at works by Tomas Seraceno, Mojoko & Shang Liang, and the prolific Erró.

I have seen a lot of this country, and I kind of already miss bits and pieces. But there are things I haven’t seen, mostly within the central highlands, along with other things that were not included in this tour. If you ever see the opportunity to go, and are as fortunate to have a travelling friend like Josh, then I say do it.

(There is still the post on Icelandic Street Art I’ll complete in the week.) 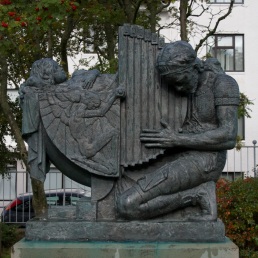 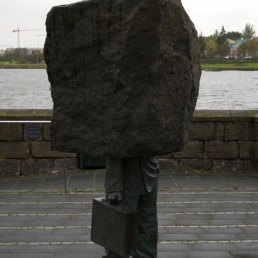 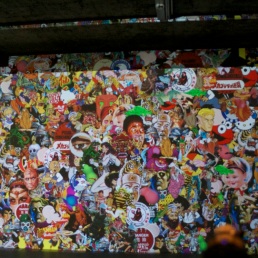