So, I think I need to recap a couple of things that happened through the year, mostly because I didn’t find the time to write about them in the moment.

Frank is about a band, whose front man constantly wears a papier-mâché mask. Given this cartoonish appearance, Frank is also a muse subject to the will of the other band members. And they really want to capture or reign in that magic that Frank represents.

The entire story is largely original and focused on the eclectic cast of characters, and had a great score to boot. And considering that the other films I watched were either a sequel, reboot or Lucy, Frank stands out even sharper as a great film. Hell, it was so good I watched it twice on the flights to and from Iceland.

A close second was Guardians of the Galaxy, which was a fun and solid space adventure, but the macguffin plots for these Marvel films is getting stale.

Best Album
I don’t have a best album of this year. I spent most of my time picking through my CD collection and finding all of my old electronic albums. This happens when you move a couple of And so I only just bought the new Apex Twin and Earth albums, so that haven’t hit their stride in my rotation. So no best album this year.

Rockin’ Jelly Bean is a Japanese artist whose entire body of work centres around Hot Babes, Hot Rods and Rock ‘n’ Roll.  He’ll paint up t-shirts to exploitation, grindhouse films that never existed, posters to local music gigs and run his own renditions to pop culture from Evangelion to Marvel.

Since finding RJB’s art in an issue of Juxtapoz five years ago, I’ve been waiting for a book with all of his art. And now I have one. Ho Ho Ho. 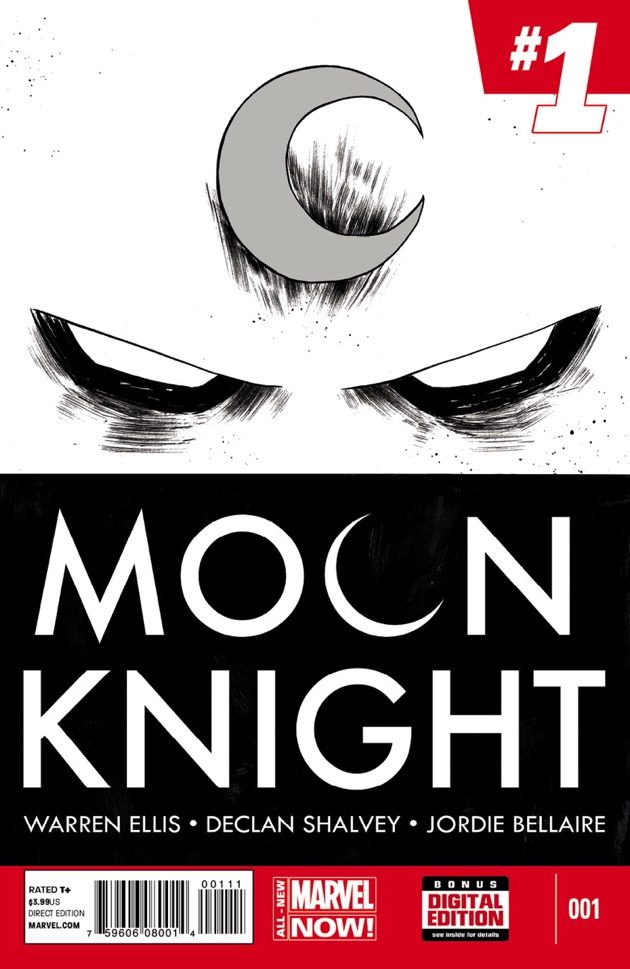 I’m surprised that Warren Ellis isn’t writing just police procedurals. He’s got the teeth for it. Moon Knight has all the sting of Fell and Gun Machine. Plus Moon Knight himself is basically Batman with Dissociative Identity Disorder. And in that six issue run is an exploration of those aspects of Moon Knight, as detective, crime fighter, ghost hunter and dream warrior.

I would expand on this, but most if not all, of my books are locked away in boxes in anticipation of moving.

Worst Film
Lucy
I’m tempted to say that Snowpiercer is the worst thing I have seen all year. Sadly, it does not reach the heights of ridiculousness that Lucy does. And that’s because Lucy starts with some bullshit about “using more than 10 percent of your brain” and it all goes downhill from there. Though I just as easily say that Snowpiercer was some bullshit about “the classes and revolution” and it went all downhill from there too. But I’m sticking to my guns and going with Lucy.

Luc Besson is known for his tight, fast-paced action flicks, but when he tries to include his half-baked philosophies, which seem scrabbled together from a shredded pile of Buddhism, Quantum Physics and New Age Crank, you get something that makes your eyes roll so many times that you almost go blind.

Worst Album
Songs of Innocence – U2

I’m not sure what possessed Bono, U2 and Apple to push a free album to every Apple device in the world, but it would have been better just to receive an email about it. You know, to be asked “Would you like to receive a free album from U2?”

I would have said “No”, laughed and deleted the email. It would be better than just seeing it in my iTunes across my gear. But instead they decided to shove this album down everyone’s throat and eventually had to provide a means for people who didn’t want the album to opt out. Slow clap to U2 and Apple.

Aside from my stuff being in boxes, I really didn’t get anything that was bad, since I would be out between twenty to thirty dollars. Plus I have taste, and I’m wary of the books I buy. So I rarely buy crap. Also I avoid Mark Millar like the plague since of being disappointed in the purchase many times in the past.

Anyway, I’m going to be spending the next couple of days sorting out the rest of my crap, because there’s a few changes coming up.