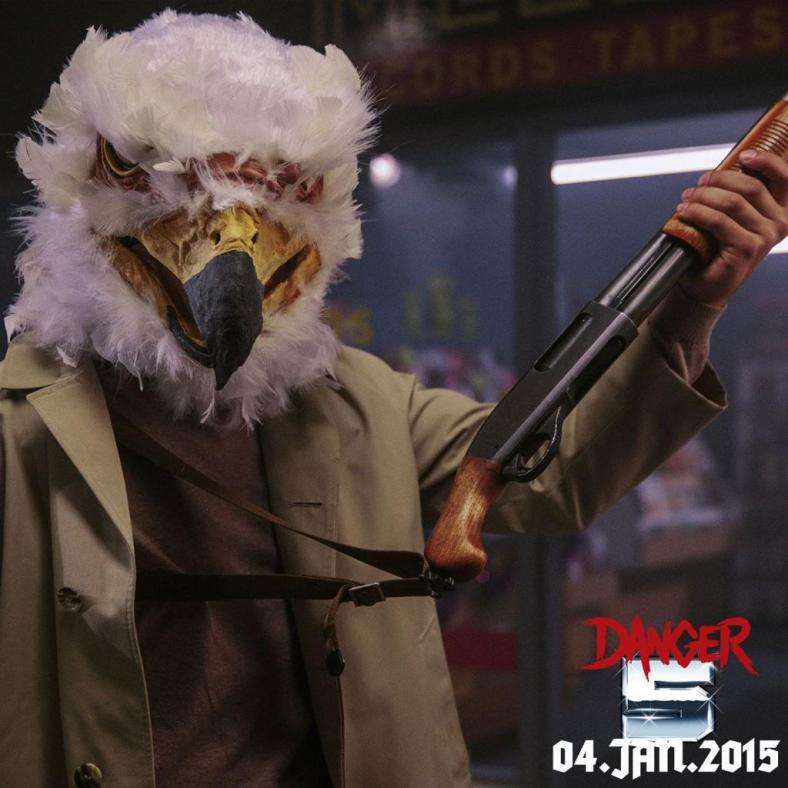 Danger 5 Season 2 kicks off with several bangs, a lot of blow and a big explosion at the end. In between, there is a lot of chaos, for better or worse.

For those unacquainted with Danger 5, I wrote about the show a couple of years ago. In short, Danger 5 is a ’60s Thunderbirds-themed spy/action series, set in World War II, and every episode the heroes attempt to kill Hitler. And this is an understatement on how crazy this series is. Being sixties-themed, it brimmed with references to the Thunderbirds, old Italian cinema, and Japanese Kaiju and Sentai shows, along with bizarre parodies of history’s greatest monsters.

But now in series two, Hitler is back and everything is in the eighties. The team disbanded to live out their lives. The Colonel, who led the team in Series One, is killed by Hitler. Meanwhile, assassins are sent to eradicate the rest of the team. And this is where our story begins.

The first episode still has the manic energy I enjoyed from the previous season, more gunplay, more wild parties, and more puppets. Booze and cigarettes have been replaced with cocaine. The action is cranked up to eleven with assassins that come in the form of prawns that fire lasers from their eyes or a scuba diver who emerges from a very precarious place.

But the episode all over the place, and some of the jokes fall flat – their only purpose is “hey look at this crazy thing”. And sure, we have to be a few places before the team is reunited. However, this episode didn’t quite have the strength that “The Diamond Girls” and “I Danced for Hitler” had. Judging by the way the episode ended, an open conclusion for the next episode, leads me to believe there will be a single “visual novel” story arc. And this is something to look forward to.

Overall, Danger 5 Season Deuce has enough promise to warrant further analysis. And decent viewing for you at home. Though, still, go out and buy Season One and watch it with whiskey, or some form of cocktail.

Some Notes
– The scuba suit scene with Jackson was the best part of the episode. I would watch episode one again and again for that part alone.
– The Colonel will be missed. So much for my fan script. :'(
– Nice callbacks to season one at Tucker and Claire’s wedding.
– Pierre’s actor has been replaced, and it makes me wonder if he’s a shapeshifter or there is something more to this…
– If Danger 5 are renewed for a Season 3, it should be set in 199X and be “cyberpunk”. I expect no less.