I’ve been busy working on projects, and these aren’t exactly newsworthy yet. I have managed to purchase some new music.

I happened to stumble across this either through Warren Ellis’ page of BandCamp purchases, or typing ‘drone’ into the search and praying for the best. And Flowers for Bodysnatchers is some of the best dark ambient stuff I’ve heard in the long while. I guess since purchasing those Lustmord albums.

Either way I picked up Aokigahara (after the famous suicide forest) and Solaris (after the Stanisław Lem novel). Both are excellent exploring the dark, lonely, abysmal and impenetrable. And these have been on the repeat since I have been working on a new project (yeah, probably more on that later). Prisoner of Night and Fog, There Will Be Lies, Strange Objects and The Terminal Man, really stand out. 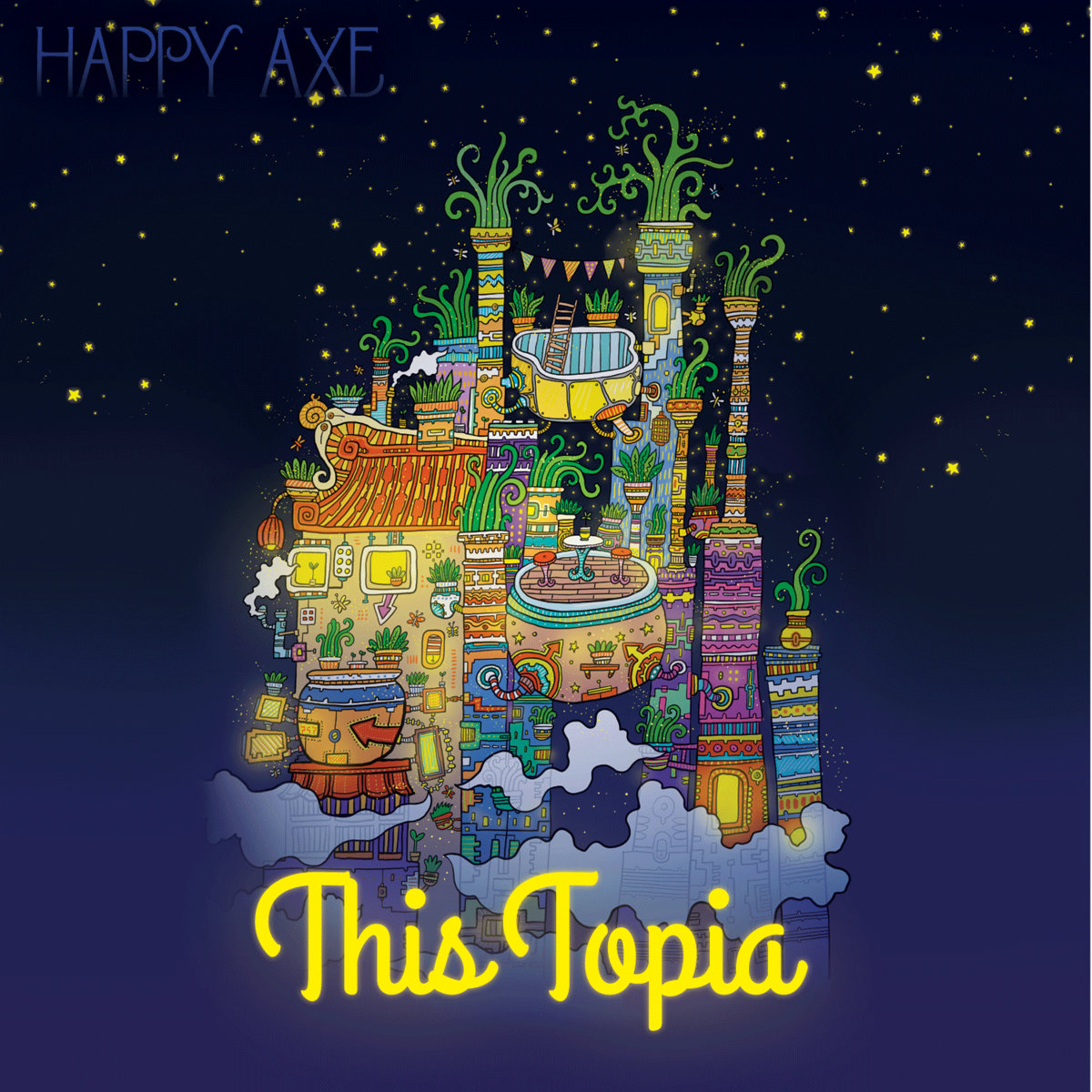 Canberra musician Happy Axe recently released an EP – This Topia. I’ve enjoyed Happy Axe’s music over the last year, which is chiefly violin and musical saw fed through a laptop with some audio plug-ins. And each track is layer upon layer of plucked string, long drone notes and metallic quavering fed through effects. Of these tracks only “Wall Hill” is quite different, possessing click percussion and vocals, which I why it stands out, because it is quite different from the ambient and instrumental songs through out. Alcove and Propeller are stand outs too, probably because I have been hearing them more often than the others.

A while ago, I remember seeing a video where an artist had taken slices of wood, discs that detailed the rings of a tree and basically turned them into LPs. Placed onto a specially-made turntable, a sensor was used to read the rings as the player turned, data was captured which then was plugged into a music program. And what was recorded became Years. Piano is the primary instrument of this album and it was the “rainy day” album I had been thinking about for a while. I have read that others have taken the same data and used it against other instruments through Ableton. But hey, I like sad, low and random notes of Years, particularly “Fraxinus”.