So I went to the MCA Zine Fair the other week. It was pretty good. But in terms of size, MCA’s was pale in comparison compared to the Other Worlds Zine Fair (which you can read about here). And I guess this is where the comparison will play out. In the previous two years, the both zine fairs ran on the same day, as OWZF was the protest zine fair against one of the sponsors of the MCA (and the Sydney Biennalie). So now that the sponsor is no longer the around, and the zine fairs are on separate days. And this gave me a better opportunity to weigh up both.

The MCA Zine fair was pretty much the same in size and scope as last year. Tables and stalls placed around the studio areas of the Museum of Contemporary Art. This year, seemed a little more organised, but it felt subdued. Not being able to see everything from one vantage point made it a little difficult to gauge. Certainly, one area might be congested, but other areas would have been sparse. What certainly was different were the zines themselves. I spent a lot of cash that day. The MCA is geared more towards the arts spectrum of the zines. And sure that zine making can be an art in itself (I’ll save a meta conversation for later), but Other Worlds was geared for everyone and anyone with the entry form and the table fee. I can see the MCA being a bit more discerning when it comes to putting up tables. Sure the Anarchist zines were there (which honestly the only time I see anarchy on printed material these days), but it seemed most tables were geared towards photos and illustration. For me,this is great, I shop for these things, my haul is proof of that.The haul from Other Worlds was considerable too, but my experience there was different. It was the bigger zine fair (and definitely the better zine fair, that day was particularly good) and being bigger, certainly gave the opportunity for the broader spectrum come to the surface. I was having such a great conversation with one guy, Jack Harries, who was selling a book called The Heavy, which I forgot to pay for. It wasn’t until I went to pay for another zine it dawned on me what had transpired. I raced back to his table to fork over my money. You never want to burn a bridge at a zine fair, because then you burn them all. Seeing some familiar faces was neat too.

The MCA also offered up workshops and talks. This was something I didn’t really see from the Other Worlds side of things (though I do think they had a launch party). I didn’t have much time, so I sat on the Experimental Indie Publishing discussion. It gave time to Zoe Sadokierski, Jack Harries and Jason Crombie to talk about their projects and the lessons and setbacks they encountered along the way. Each one started out with their publishing work a little differently, and it was nice to get a little perspective on each.

All in all it was a nice busy day. I didn’t get to do everything I set out to do though, I missed some opportunities. But that’s travel I guess. It might be there when I return. 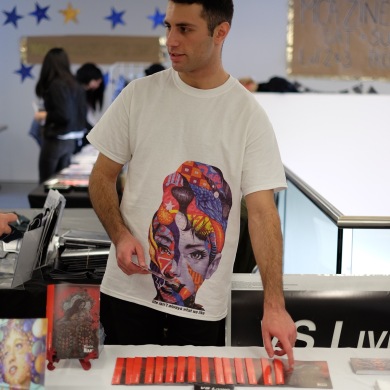 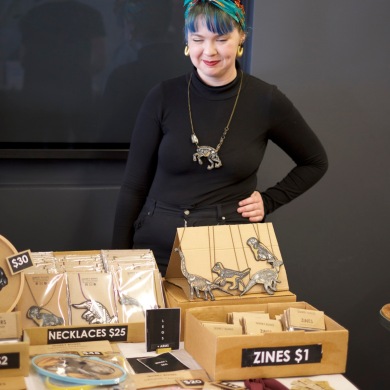 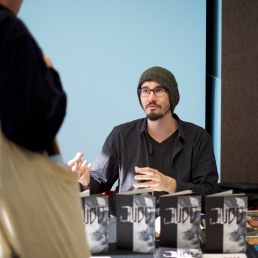 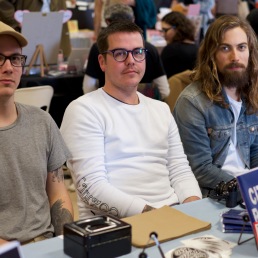